I have been awarded a Marie-Curie Individual Fellowship to study the changes in functional connectivity between cortical areas of the human brain during verbal learning. In this post, I will describe the idea behind the project and some of the tools that we plan to use.

The brain’s cerebral cortex has been described as a distributed network that supports the formation of associative memories (Braitenberg and Schüz 1998). The prevailing theory of understanding cortical function, Hebb’s dual-trace theory (Hebb 2002–1949; Pulvermüller 1999), predicts that a persistent memory trace is formed through repeated co-activation of cortical neurons during learning from experience. Studies using a variety of learning tasks have shown the occurrence of a persistent memory trace by measuring brain activity through functional magnetic resonance imaging (fMRI) during rest periods following the learning task (Guerra-Carrillo, Mackey, and Bunge 2014; Tambini, Ketz, and Davachi 2010; Tambini and Davachi 2013; van Kesteren et al. 2010). However, we know less about how the memory trace forms during learning. It is known that the strength of some brain areas’ signal changes during learning depending on the task (Andreasen et al. 1995; Behrens et al. 2007; Chein and Schneider 2005; Karuza et al. 2013; Kopelman 1998; Raichle et al. 1994; Saykin et al. 1999; Sigman et al. 2005; Strange et al. 2002). Additionally, changes in functional connectivity have been detected between small sets of selected brain areas or groups of areas during learning (Bassett et al. 2015; Karlaftis et al. 2019; Vahdat et al. 2011; van Kesteren et al. 2010; Zhuang et al. 2021). However, a complete description of changes in functional connectivity during learning across cortical areas is still missing.

The verbal learning test (VLT) (Boake 2000) and its variations have been shown to induce learning associated with changes in signal strength to brain areas related to word processing, task engagement, and memory encoding, such as left frontal, left medial temporal, and hippocampal cortical areas, respectively (Andreasen et al. 1995; Kopelman 1998; Strange et al. 2002). Upon learning the task, cortical activity is increased, among other cortical areas, in the left medial parietal cortex and the right prefrontal cortex, whose function is related to recognition and retrieval, respectively (Kopelman 1998; Saykin et al. 1999). How this distributed memory trace is formed and spread throughout the cortical network has not been adequately examined. Our goal is to study the changes in functional connectivity between cortical areas as the subjects learn to perform the task.

We will administer a version of the VLT adapted for visual presentation of the word lists to healthy human subjects while assessing their brain activity with fMRI. We will present to the subjects two distractor lists, each consisting of 25 words, with instructions to silently read them. Afterwards, we will show them a target list of 25 words with instructions to memorize them in 5 consecutive learning blocks. We will evaluate their learning rate after each block. Additionally, we will record brain activity during rest periods at the beginning and end of the learning task. By comparing the cortical brain activity associated with the epochs of the two different lists’ presentation, we will detect the changes in functional connectivity related to the engagement in the learning task.

We will use standard routines for data preprocessing (Antypa et al. 2021; Simos et al. 2017). We will segment cortical areas using local-global parcellation to identify functionally homogeneous and spatially restricted units and reduce the dimensionality of the data (Schaefer et al. 2018). We will analyze the data with Bayesian multi-level regression models (Gelman and Hill 2006) to construct generative models that respect our data structure. An additional advantage of such models is that they provide interpretable estimates as opposed to competing machine-learning techniques, most of which need non-negligible effort to interpret. Furthermore, we will exploit the distributional flexibility that this framework offers in combination with multi-membership modelling that takes into account that a given area participates in multiple pairs (Chen et al. 2019) to estimate functional connectivity between pairs of cortical areas across time. We will include the subjects’ age and educational level as confounding predictor variables to adjust the functional connectivity estimates. We will use the obtained estimates of functional connectivity to provide a graph-theoretical description of the network’s evolution.

Our primary hypothesis is that beyond the changes in individual areas’ activity during learning, we will observe pronounced changes in functional connectivity between cortical areas. We expect to detect the transition of cortical activity from the sub-network associated with task engagement to the sub-network associated with retrieval and describe it in terms of changes in inter-areal interactions. Furthermore, we expect that the robust learning induced by the task will translate to persistent functional connectivity changes that can be detected when comparing the rest periods recorded before and after the learning task, thus affirming the existence of a memory trace. Additionally, we hypothesize that the changes in functional connectivity we will observe will carry considerable predictive power of a subject’s learning rate. As a subject’s performance in the VLT is predictive of the occurrence of dementia in the future (Constantinidou et al. 2014; Estévez-González et al. 2003), the ability to predict a subject’s learning rate by observing the brain’s activity offers the potential for our statistical modelling approach to inform the creation of a neuropsychological diagnostic test in future work.

This project has received funding from the European Union’s Horizon 2020 research and innovation programme under the Marie Skłodowska-Curie grant agreement No 895465. 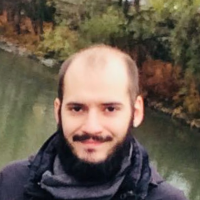